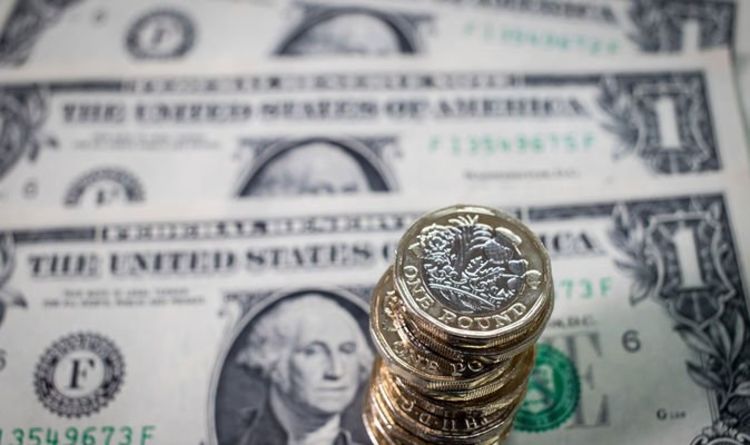 Mr Carney was notably dovish in today’s speech, saying: “There are downside risks from global growth and the possibility that uncertainties over future trading relationships could remain entrenched. With the relatively limited space to cut Bank Rate, if evidence builds that the weakness in activity could persist, risk management considerations would favour a relatively prompt response.”

Sterling reacted negatively to the central banks’ pessimism over the British economy, with pound investors becoming increasingly gloomy as the UK is set to leave the EU on January 31.

Today also saw the EU’s Chief Brexit Negotiator, Michael Barnier, state that the EU continues to prepare for a possible no-deal Brexit at the end of 2020 due to Prime Minister Boris Johnson’s insistence on an end-of-year cap to the UK’s transition period.

Mr Barnier warned: “If we fail [to secure a UK-EU trade deal], the transition period will end on 1 January 2021 without any arrangements for a new future relationship in place.”

The pound fell against the US dollar as no-deal Brexit fears have returned to haunt British markets.

Meanwhile, the US dollar has continued to benefit from cooling tensions between the Washington and Tehran, following yesterday’s speech in which President Donald Trump claimed that Iran had shown signs of “standing down” following an Iran-led missile strike on a US military base in Iraq.

In US economic news, today saw the release of the US initial jobless claims figures for January, which fell to a better-than-expected 214 thousand, further bolstering an already strong US jobs sector.

The pound to US dollar exchange rate will continue to be driven by Brexit developments this week, and with the EU Withdrawal Bill expected to conclude its passage through Parliament today, we could see Sterling rise as a path is cleared for the UK’s late-January exit.

Bitcoin traders admit to cashing in on Iran conflict