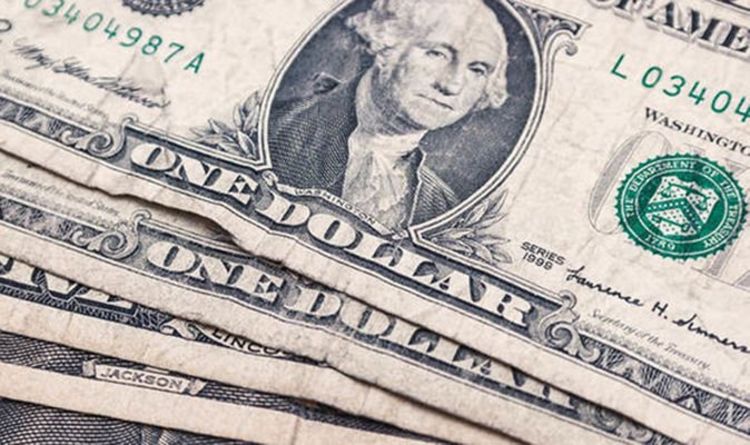 Year-on-year sales jumped from May’s downwardly revised 2.2 per cent to 3.8 per cent, and excluding fuel annual sales rose by 3.6 percent. The Office for National Statistics (ONS) stated: “All four main sectors contributed positively to the amount spend, and all sectors except food contributed positively to the quantity bought. This resulted in year-on-year contributions of 4.3 and 3.8 percentage points respectively.” The results helped Sterling edge up 0.4% against the dollar despite a hard-hitting fiscal risks report.

The results helped Sterling edge up 0.4 percent against the dollar despite a hard-hitting fiscal risks report.

The report from the Office for Budget Responsibility (OBR) stated that the UK would be dragged into a recession in the case of a no-deal Brexit.

Added to this, the fiscal watchdog warned that business surveys from last month suggest the UK may already be entering a ‘full-blown recession’.

The OBR warns: “Surveys were particularly weak in June, suggesting that the pace of growth is likely to remain weak. This raises the risk that the economy may be entering a full-blown recession.

“The fiscal risks posed by recessions depend on their depth and persistence, the sectors most deeply affected, and the pace at which the economy subsequently recovers.”

The GBP/USD gains were supported by Wednesday’s disappointing data from the Commerce Department, which revealed that US homebuilding slumped for the second consecutive month.

June’s building permits fell to a two-year low, showing the US housing market continued to struggle despite mortgage rates declining.

Further data revealed that housing completions were at a six-month low while there was only a modest increase in the number of homes under construction.

Commenting on the US housing data, Chief Economist at MUFG, Chris Rupkey stated: “Residential housing construction is one of the leading indicators of a recession, and while construction activity isn’t dropping precipitously, housing is stuck in a rut.

“If the Fed thinks rate cuts are going to send housing construction up like a rocket, they better think again.”

Looking ahead to this afternoon, the dollar could recover some losses against the pound following the release of the Philadelphia Fed Manufacturing Survey.