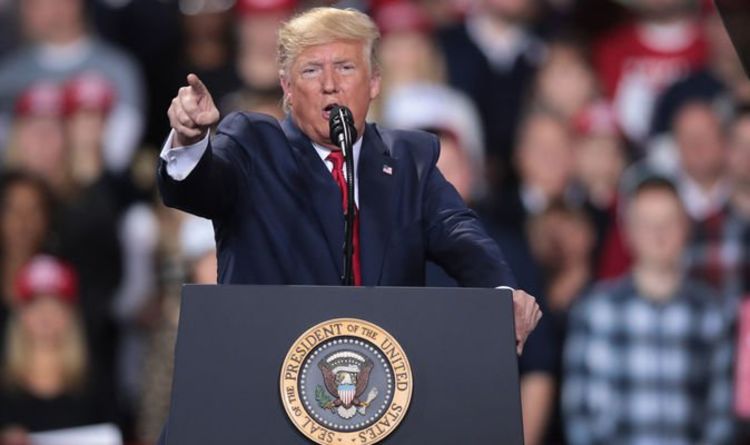 This modest uptick in the pairing comes on the back of broad weakness in the US dollar as a result of the US House of Representatives’ vote to impeach US President Donald Trump overnight on Wednesday.

The House voted to impeach President Trump for abuse of power and obstruction of Congress, over his alleged attempt to pressure Ukraine into investigating one of his political rivals.

Donald Trump is only the third US President to be impeached and, despite the result being a foregone conclusion, it appeared to unnerve some USD investors.

However, with President Trump’s Republican Party in control of the Senate, is seems highly unlikely he will be removed from office, something which appears to be limiting the downside in the US dollar this morning.

At the same time the pound has given up some of its initial gains this morning in response to the UK’s latest retail sales figures.

According to data published by the Office for National Statistics (ONS), sales growth contracted from 0 per cent to -0.6 per cent in November, missing forecasts of a 0.3 per cent bump.

The lacklustre sales figures trimmed Sterling’s attempts to rally this morning, as it stokes concerns the UK economy may have stagnated in the fourth quarter.

It’s worth noting however that November’s figures excluded Black Friday, which could lead to a bumper reading in December.

Still to come today we have the Bank of England’s (BoE) final policy meeting of 2019, which may infuse some volatility into the GBP/USD exchange rate later this afternoon.

While no policy changes are expected from the BoE this month, GBP investors will be keeping a close eye on the bank’s forward guidance for 2020, with the pound likely to come under some pressure if it more strongly signals plans for a rate cut in the near-term.

Meanwhile, the focus for USD investors this afternoon will be on the publication of the Philadelphia manufacturing index.

This may keep the pressure on the US dollar if it reveals that factory growth slowed in December.