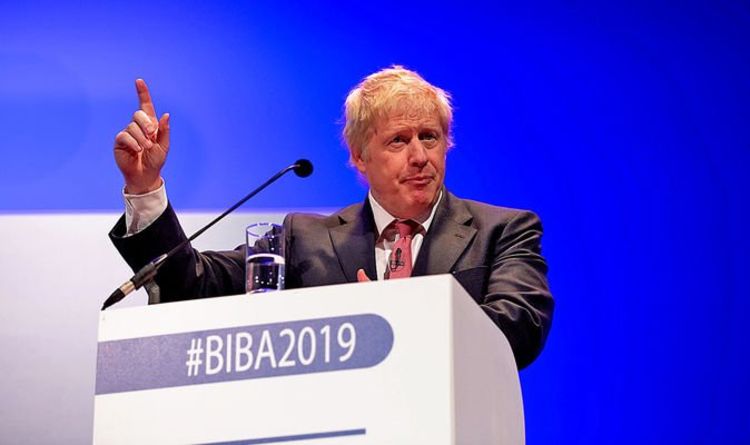 More than half of previous Prime Minister Theresa May’s cabinet either quit or were sacked, including Mr Johnson’s leadership rival Jeremy Hunt. The new Cabinet met this morning and the Prime Minister stated: “As you all know we have a momentous task ahead of us, at a pivotal moment in our country’s history. We are now committed, all of us, to leaving the European Union on October 31 or indeed earlier – no ifs, no buts.”

However, Mr Johnson’s appointments did little to cause movement in the pound as temporary stability after months of political uncertainty l provided Sterling with an upswing of support.

Meanwhile, on Wednesday flash data from the Eurozone revealed that economic growth faltered as the manufacturing downturn deepened.

The modest expansion of growth in the bloc masked a growing divergence between the bloc’s services and manufacturing sectors, which was the largest since April 2009.

Added to this, the overall growth of new business slowed to near-stagnation and manufacturers reported the second-largest fall in new orders since 2012.

Markit’s survey also noted there was growing concern over weakened growth both locally and globally, as well as geopolitical issues such as Brexit.

Commenting on the bloc’s disappointing data, IHS Markit Chief Business Economist, Chris Williamson said: “With growth slowing, job creation fading and price pressures having fallen markedly compared to earlier in the year, the survey will give added impetus to calls for more aggressive stimulus from the ECB.”

Looking ahead to this afternoon, the euro is likely to remain under pressure ahead of the European Central Bank’s (ECB) meeting.

The single currency could slide if the bank leaves rates unchanged but signals it is prepared to cut rates in the near-future.

However, there is a chance ECB President Mario Draghi could surprise markets and slash interest rates to -0.1 percent which could cause the euro to plummet.

If the ECB’s monetary policy statement focuses on the manufacturing downturn in the bloc and trade tensions it could cause the euro to remain under pressure for the rest of this week’s session.