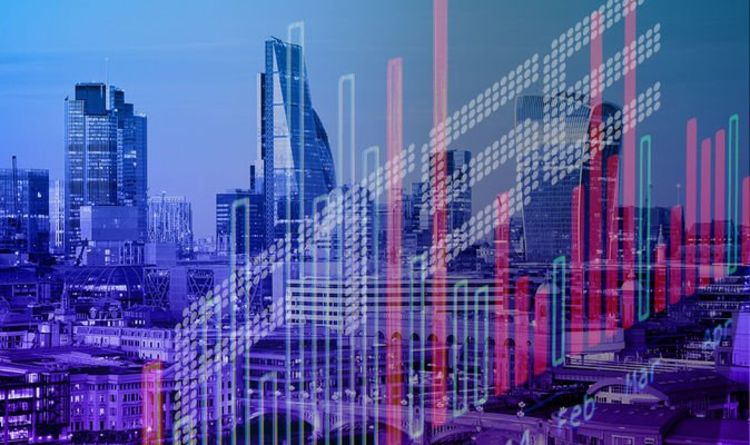 The positive jump comes after the FTSE 100 retreated on Friday as concerns grew over the rise in COVID-19 infections in the UK. But the index still managed to record its best weekly gain since April following hopes of the Pfizer coronavirus vaccine. Today US-based firm Moderna announced its vaccine is highly effective in preventing people from getting ill from COVID-19 and works across all age groups. Following the announcement FTSE was up 1.7 percent just after midday.

Russ Mould, AJ Bell investment director, told Reuters: “After the vaccine-infused euphoria at the start of the week a dose of reality seems to have been administered to the market.

“Clearly the COVID-19 crisis is not at an end despite the positive news announced by Pfizer and counterparts in Russia.”

It also comes as the UK and EU are set to resume trade talks in Brussels on Monday in an attempt to close the gaps on competition rules and fisheries.

“That said, this is politics at the end of the day and neither side will want to be the one seen to end negotiations.”

The travel industry saw a boost amid hopes of reopening flight routes and increased traffic due to the vaccine.

The FTSE 100 is up 1.7 percent following the news a second Covid-19 vaccine could soon be approved for use.

Stocks across the globe rallied after US firm Moderna said published results showing its vaccine was 94.5 percent efficient.

Global stocks are now set for a record high.

The MSCI World Index of global shares rose 0.5 percent to 608.79 points, just shy of the record high hit briefly earlier in the month, helped by strong overnight gains in Asia’s leading markets and a stronger open for most European bourses.

MSCI’s broadest index of Asia-Pacific shares outside Japan hit its highest level since launching in 1987 as Japan pulled out of recession, China posted better-than-expected industrial output data and the region signed the largest ever trade deal.

Taking their lead, European indices also rose with Britain’s FTSE 100 and the pan-Europe STOXX Europe 600 both up around 0.7 percent.

“The markets get the new trading week off to a solid start, which is encouraging given all the excitement generated in the last seven days by news of vaccine breakthroughs,” said AJ Bell investment director Russ Mould.

“Solid and steady gains are arguably just what investors need after a very volatile period.”