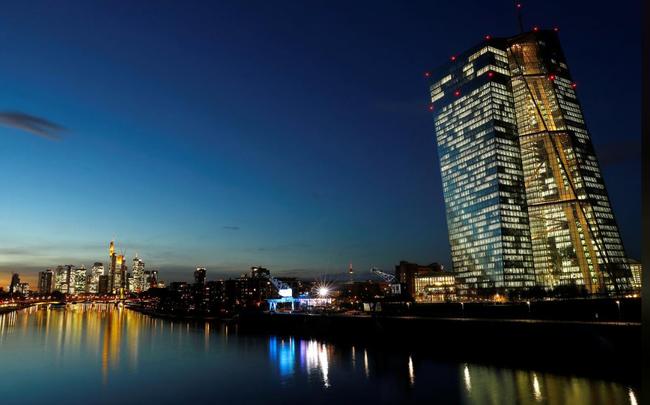 “The temperature’s rising, it isn’t surprising.. “

Lots of stuff to think about this morning – will weakening European manufacturing and orders cause the ECB to make an early slice on European rates? What will a cut from -Ve 0.4% in European rates actually do? (Clue – what is the very smallest thing you can think of.) The market thinks the ECB might act – which is why European bond yields continue to spiral lower. I reckon it’s unlikely – the ECB likes to wait and see, then wait some more. I think the September meeting will be a much more dramatic moment; one meeting before Draghi’s last and Legarde takes over. Reopening the QE asset purchase programmes is more problematical – the shortage of Bunds and the EBC’s rules about proportionality means it is at its limits on some country debt!

Next week we have the Fed meeting to look forward to. Whoopee..

Boeing’s warning it may stop production of the B-737 Max is fascinating. Thus far the company has “burnt” some $1 bln plus in unsold plane costs. That’s the cost of building a plane, parking it on the apron, and not getting paid for it. That number is growing as each month it adds another 42 unsold but costly to build lumps of metal to the parking lot. The CEO says he “can’t foot the extra expenses indefinitely”. No S**t Sherlock. There is still no clear timeline to get the plane back in the air – assuming anyone will still want to fly it.

Boeing results yesterday were… “interesting” – confirming the new B777x is going to be delayed – which is exactly what we expected: the company has been forced to totally rethink branding completely new aircraft as “upgrades” to aid sales and cut regulatory costs. It’s a spectacular backfire – yet Boeing stock is only down some 14% since the second Max crash. I still think it could get worse as the market understands what a long-term technical and reputational hole the company has dug itself into. Fubar describes it nicely.

Back in Yoorp, Germany’s auto-industrial sector is not a happy place. They are still struggling with the legacy of falsified emission tests, and now its slumping China demand and the possibility their biggest external European market, the UK, will be closed to them.  How bleak is the future for conventional Autos?

Which brings us to you know who… The best argument for buying Telsa is that they are clearly the leader in Electric Vehicles. Supporters of Tesla point to the fact it is now building more cars than ever, the smokestack petrol obsolescence of the leading car makers (including the German superbrands), and that none of them are catching Tesla. It is top of many car buying league tables in the US – best selling premium car! Should I be worried the demand charts all seem to be flat at the top of their respective S-Curves? Of course not – so I am told.

Tesla delivered nearly 100,000 cars in Q2, but it’s posted another set of poor results and a $400mm loss. Cutting the price and margin, and the lease cost on the Model 3 shifted cars. I’m told it doesn’t matter – its selling cars and will get to 400k cars per annum! Are you sure cutting margins and losing money doesn’t matter? It’s producing more of its cheaper, lower margin models, and it just got rid of the co-founder JB Straubel. It’s still struggling to build cars – production lines are still in tents at its Fremont factory – although it should open a new Shanghai plant by year end.

I’m told these production, margin and distribution problems are just growing pains, and Tesla’s Model 3 (because the S and the X are now very long toothed) is the future – a car the world and America wants. Once Tesla get’s production sorted, then it’s a screaming buy? If its selling lots of cars, and can charge premium prices for them.. Why not?

But what if it is not? My big doubt about Tesla is competition. It’s still in competition with conventional car makers. While stock market minnow Ford might make petrol-punk pick-ups and SUVs, it makes money.  Tesla is also in competition for Electric vehicles – back in May, Tesla sold 1000 of its Model X in the US. Audi sold 856 of its more expensive e-Tron SUV. Even the Jag I-Pace (which I’ve driven) sold over 200. (And sure, the X is a very old car, but the e-Tron barely beats it.) Even the new Porsche SUV E-car the Taycan EV can’t beat the old Tesla S on speed – and its nearly twice the price!

How much longer can Tesla stay ahead of the opposition? Other car makers are not blind to the changing opportunity. Can Tesla stay ahead long enough for it to become a real, profitable car maker, and then deliver all the other distractions Musk focuses on? I am not utterly convinced.. but prepared to listen to the arguments. Tesla stock took a pounding last night on the losses..

Another problem facing the German car makers is logistics. Years and years ago I was exploring the Bloomberg and discovered it has the depth of the River Rhine somewhere in its base info. That’s a critical measure in Germany – as the Rhine gets lower because the extraordinary summer heat, the amount of “stuff” Germany ships around on it gets trapped. Great story on BBerg – well worth a read. Basically, its not just heat from Africa we should be worried about, but disappearing glaciers mean Europe’s major rivers are drying up. Last week I read the permafrost that holds the Alps together is melting, and iconic mountains like the Matterhorn are collapsing and becoming too dangerous to climb.