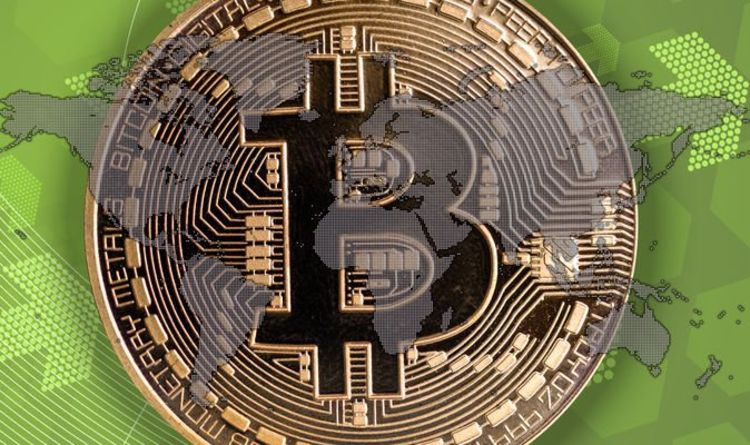 Speaking to Express.co.uk, Mr Keiser said: “There are only two types of people in the world; bitcoin bulls and people about to become Bitcoin bulls. Fiat money and nation-states have run their course. Bitcoin is perfect price-discovery and on the back of that perfection a new global economy is emerging.”

The host of the Keiser Report on Russia Today added: “Now that big money is moving into bitcoin, bitcoiners themselves will be shocked as we see gaps and leaps of $1,000 at a time (£758.25).

This news comes as Thomas Fitzpatrick, a managing director at Citibank said “bitcoin is the new gold”

He has said that this new bitcoin bull-run will be longer than the last one and the current surge could carry on until December 2021.

Mr Fitzpatrick stated the current bitcoin explosion could see the value of the cryptocurrency “move as high as $318,000″ by December 2021.

In a new report, the Citibank boss said bitcoin “moves across borders easily and ownership is opaque.”

Mr Fitzpatrick explained that this aspect is “very relevant” as “the huge fiscal deterioration of today has a cost in the future, either directly or indirectly”.

READ: Bitcoin prices surge to over $10,000 as investors ditch other cryptocurrencies

“I’m a former state treasurer and I invested our state’s permanent funds.

“I was always looking for a good store of value and bitcoin fits that bill.

“Our own currency inflates. Bitcoin does not. 21 million bitcoin will be mined and that’s it.

“It is a finite supply. So I have confidence that this is going to be an important player in stores of value for a long time to come.”