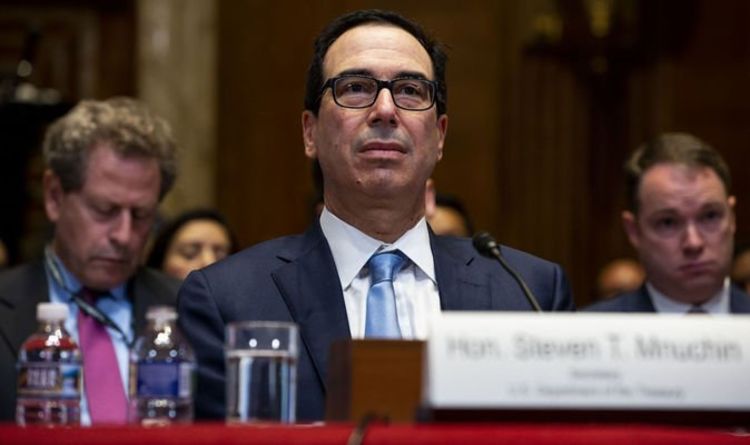 The dramatic plummet reflected the theme of bitcoin’s recent month of volatility which has seen it flirt with $14,000, falling shy of the year high only three weeks ago, and also tumble to yesterday’s gasp-inducing $9,460 at one point. The latest slump caps off what has been a tumultuous few weeks in the life of cryptocurrency which has seen derision from Donald Trump, and also one of the most shocking errors to have been witnessed in a decade of crypto.

The 45th President of the United States took a swipe at bitcoin on Twitter, dismissing the digital asset as “worthless” and “based on thin air”.

In fairness, the markets barely moved, and President Trump’s verbal assault was viewed by many as being good for BTC’s image.

However, one incident last week that didn’t have a positive effect on crypto’s PR was a breath-taking mistake from Tether which printed $5billion of tether tokens – only for the Bitfinex chief technical officer Paolo Ardoino to suddenly announce half an hour later that the $5bn had been an unfortunate “mis-click”.

Despite that mind-boggling error, bitcoin ploughed on, undeterred. But then came what is now looking like a killer blow – US Treasury Secretary Steven Mnuchin turning his ire toward Facebook’s Libra project.

Mirroring his president’s deep concerns about the digital economy, he labelled crypto a “national security issue”.

It may be a coincidence, but shortly after the 56-year-old former hedge fund manager savagely thrust his bayonet into what was an already wounded Bitcoin, the cryptocurrency world fell to its knees.

BTC currently looks quite vulnerable as it struggles to stay above $9,500. Ethereum too is fighting to hang on to $200 as the other “altcoins” all find themselves adrift in uncertain waters.